ABOUT ALL FINISH CONCRETE

All Finish Concrete to build new facility in WF

WEST FARGO—A local concrete construction contractor has plans to build a new facility here and add about 15 jobs a year for the next five years.

The city of West Fargo recently approved a seven-year, $439,000 tax incentive for All Finish Concrete of Moorhead, which plans to build a two-story office and warehouse south of Interstate 94 and west of Sheyenne Street near the new Harley Davidson store.

All Finish Concrete was started in 2005 by owner Chad Ohnstad. It does residential and commercial concrete jobs, including foundations, floors, driveways, parking lots and agricultural pole buildings. In paperwork filed with the city, it describes itself as the largest concrete construction company in the Fargo-Moorhead area.

All Finish has about 140 employees now, Ohnstad said. The new jobs created would have a starting wage of $15 an hour, according to the incentive application.

He said the company outgrew its space in Moorhead, and that West Fargo is a more central location for where the company’s work is.

“I like the location off the interstate there, beside Harley,” Ohnstad said.

The project is valued at about $7 million. The company needs to finalize its building plans and request building permits before shovel work can begin.

Ohnstad said he purchased more than 20 acres southwest of Sheyenne Street and Interstate 94. The new All Finish site will take up 8½ acres, with the remaining land divvied up for future office park development. 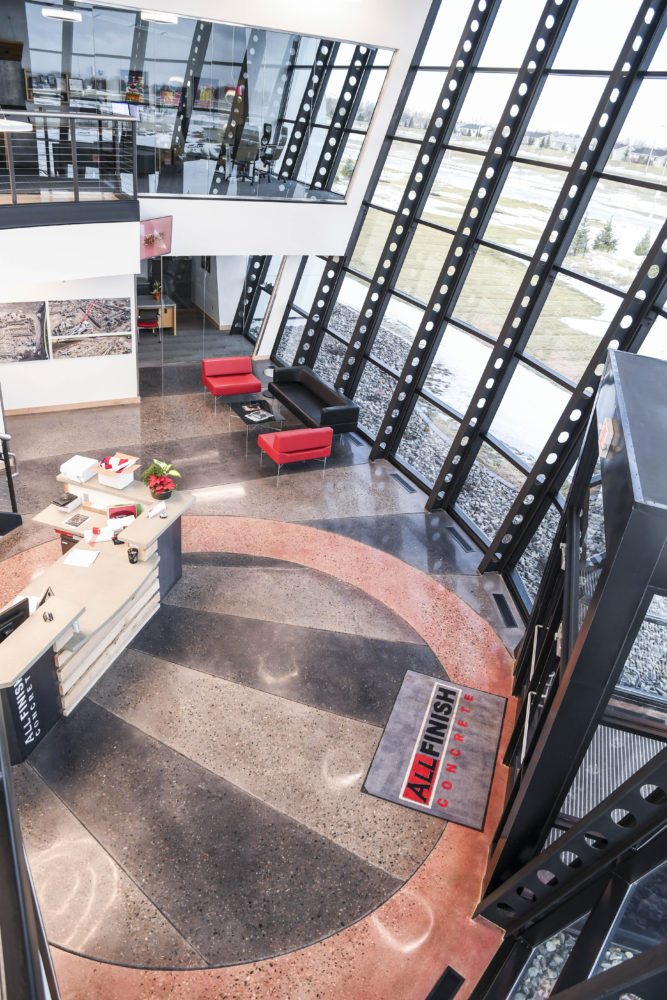